I love used books, I really do, especially if they have a story.

I’ve been on summer vacation, and I spent the last week in the north-western part of Iceland. It was in a small town there that I found a very interesting book. (You may want to press the “small town” link to see how ruggedly beautiful Iceland is).

The book is a copy of Ernest Hemingway’s To Have and Have Not, possibly printed in 1937. At least, that’s the only date I could find in the book.  I found the copy in a “take a book” shelf in a sort of pirate-themed coffee shop in this small town. Books in English are not that uncommon in Iceland, but I was still surprised to see an old Hemingway resting in-between dog-eared copies of Icelandic thrillers. So I took it.  The dust-jacket is long gone, and in the back there was an old-style library pocket and a “Date Due” note that used to be stamped with the date the book was due back to whatever library it was loaned from  (remember those?)

And now the interesting part.

It turns out the book used to be on loan from a school in a naval station in New York (see below.) 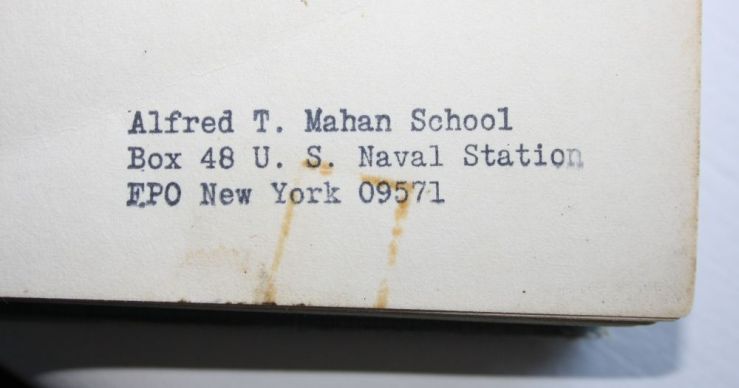 It then found its way to the air force base that used to be in my hometown in Iceland (what up Keflavik!). As you can see below, this seems to have been somewhat hush-hush, as the stamp of the base has been stricken out with a red pen, which obviously faded faster than the stamp underneath. The blue pen says: Sólrún Jónsdóttir (an Icelandic woman’s name) and then Army Surplus sale. It seems to have been sold on the 23rd of December 1978, very close to my six month birthday. 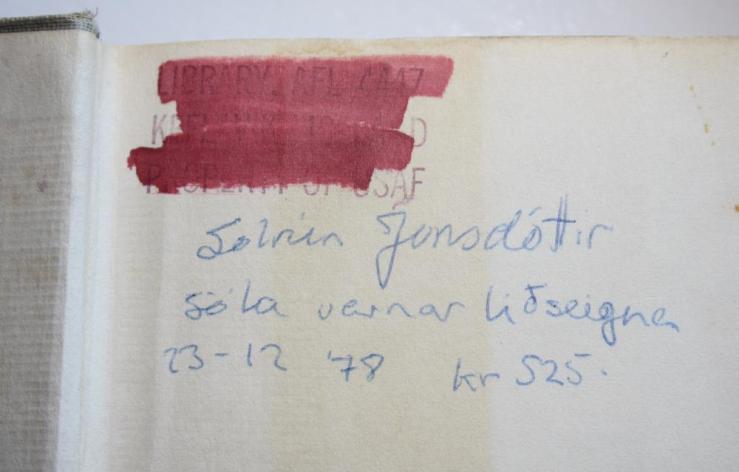 So.. I’m guessing the book was bought or donated to the army library in the Alfred T Mahan School in New York, sent to the Air Force base in Iceland and then sold to someone as a Christmas present. It was then donated and somehow found it’s way to a pirate-themed coffee shop in a very small town in Iceland. And then… ta da! into my hands.

Do you have any interesting books in your shelves?

*BONUS*
Here’a a photo of me eyeing my son suspiciously in the pirate-themed coffee shop, with the take-a-book shelf in the background. Yes, that’s a fruitcake-hat. 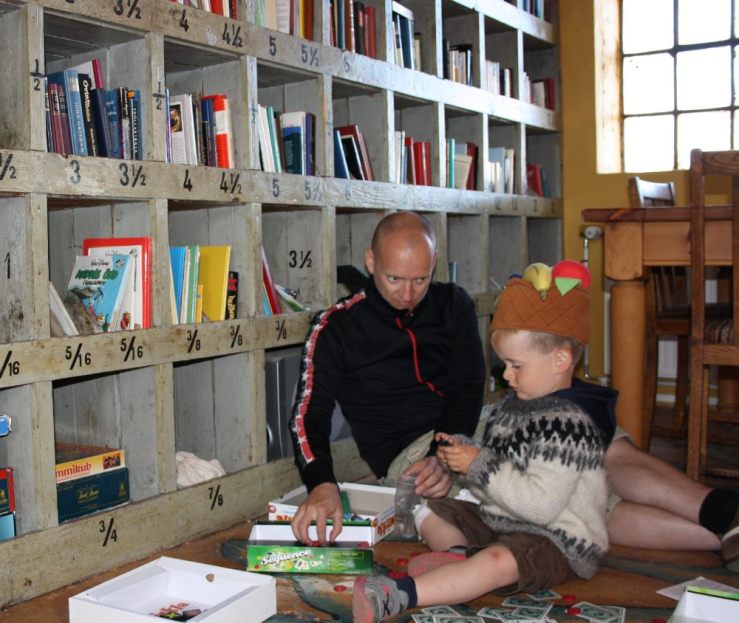 10 thoughts on “Pirate Treasure | A Book With a Story”